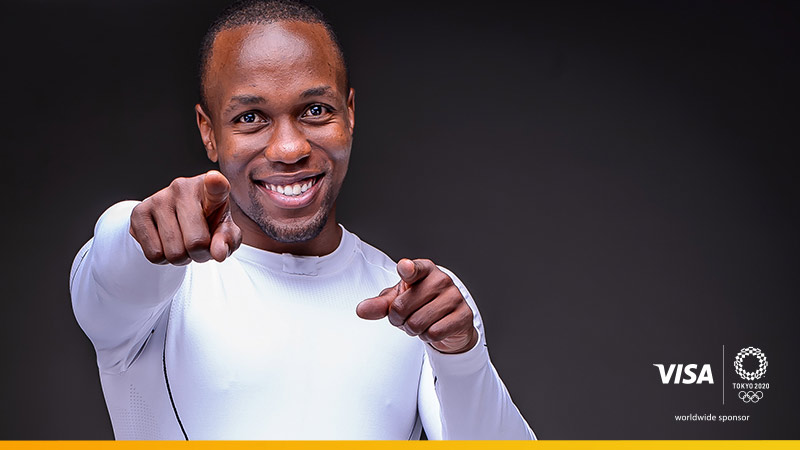 Stocky and explosive, South African sprinter Akani Simbine first made heads turn as a teenager, and he has gone on to shatter multiple barriers, lifting the coveted crown as South Africa’s fastest man.

Simbine burst onto the international scene in 2013, competing in the 100 meters event at the World Championships. While an Information Science student at the University of Pretoria, he equaled the South African national record in his Gold Medal winning run at the 2015 Universiade in Gwangju, South Korea. He then broke that same record with a time of 9.89 seconds at the Gyulai István Memorial in Székesfehérvár in 2016.

Since then, he has continued to compete at the highest level. He represented South Africa at the Olympic Games Rio 2016, finishing fifth in the 100m Final, and is the reigning Commonwealth Games 100m champion with a Gold Medal in 2018.

Simbine remains one of South Africa’s brightest track stars and now the three-time national champion (twice in 100m and once in the 200m) is on his way to see his success continue at the Olympic Games Tokyo 2020.